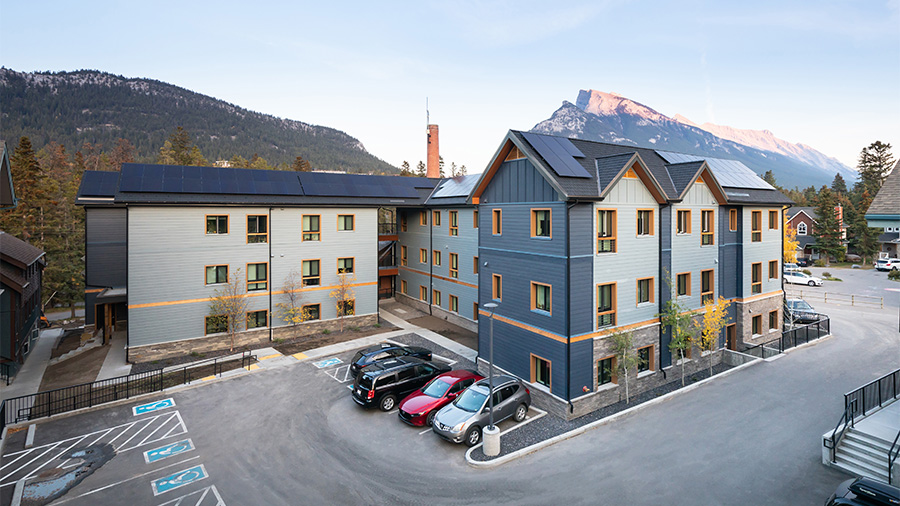 Finding a place to live in Banff, Alta., is becoming increasingly difficult for workers, whether they’re seasonal or permanent, as the constraints imposed by Parks Canada to ensure environmental conservation in a national park townsite limit the availability of developable land and challenge redevelopment.

With an area of just under four square kilometres, Banff’s fixed boundaries were set by Parks Canada in 1990, when the town incorporated. “Banff has a very limited land base,” says Banff Mayor Corrie DiManno, adding that most of the developable land in the town has already been allocated.

“That means that any development happening is redevelopment, and that takes more time and more cost than greenfield development,” Ms. DiManno says. “We are fortunate we don’t have urban sprawl, and that we can maintain very high standards for infrastructure – but that also means that we can’t expand to build new houses.”

As Banff’s population increased by 9.5 per cent in the past decade, despite Parks Canada’s stringent residency requirements, rental vacancy rates in Banff have hovered just above zero.

Even for an interior tenant fit out like this one, location is key. The Integral Group chose the location for their new offices in the Telus Sky Building based on walkability and proximity to transit; and in the Telus Sky Building, in particular, because it was designed to LEED Platinum standards, incorporated operable windows, natural light, and displacement ventilation.

The overall office design fosters a sense of community through a central kitchen and the inclusion of areas for social interaction, including a boardroom table that converts to a pool table. In addition, a lactation room welcomes working mothers and doubles as a quiet room for those in need of a minute alone. The goal was to create a fully inclusive working environment; and all spaces within the floor plan, including meeting rooms and offices, were designed to be fully accessible.